How to play and win at Book of Ra Deluxe Slot

Adventures in the pyramids are continuing, but now it became more fun and more qualitatively, unlike the first version. You will have to search for valuable artifacts in eternal deserts sand again. The same adventurer with a great smile will be with you against the Egyptian temples. If you played previous part with pleasure, then you will like Book of Ra deluxe video slot. It will be the continuation of a cult slot with the topic of ancient Egypt, which broke records for the previous part. Today maybe all people on the planet know about the existence of ancient Egypt and pyramids, which are preserved till nowadays. And this game is the perfect opportunity for venturesome people to know more about antiquity, and to receive a pleasure from the winnings.

The Book of Ra deluxe slot comes into the model row of Gaminator from Novomatic Company - the software provider of the casino. This game is more modern in the graphic point of view. There are the certain similarities with the main character and the actor who has played Indiana Jones. You will have an opportunity to play free of charge on demo credits in, before paying any money. Though, if you are skilled in this case, then you can play on real bets at once.

The stylization and design completely correspond to the name of the slot. You can see proud pyramids at the sunset with a bright logo on the top of the game zone. An underground temple and ancient walls are the background of a game in this version, and earlier, in the previous version, it had been just black background. The game symbols of Book of Ra deluxe remained the same, they just look better, and the arrangement of an interface practically is not changed.

You will definitely not be disappointed, and the prize-winning payments on the game lines will not be difficult to calculate. Well, it's all very simple, you need to choose the number of the lines, a level of the bet per one line, and then you should look at the indicators of the payments in the table and of course to launch the reels. There is one more pay line and now they have become ten, reels are still five, by the way. If you look down, you will see a list of the casino, where you can test the slot.

Now let's consider the symbols on the reels. It would be very cool maybe, if the symbols which provide a diversity in the game field, would have been thematic, rather than the playing cards, which are familiar to us from board games. And so they have changed in the better way.

The are nothing new in the launch of the spins, each time per win, you need to push the Collect button to take it into your account. The payments coefficients are still the same. There isn't of classical bonus game, as among of the other slots of the different providers. There aren't of the progressive jackpots too. It exist a game on doubling with a risk for a prize, which you'll receive at the sequence of the symbols on pay lines, as in the original slot version. And the most important, for what everybody plays this game is ten free rotations which can be received at the appearance of three or more Book of Ra on lines. Eventually, it safe to say that this video slot will bring more pleasure in many times than the previous.

Each fan of video slots heard about this game. One compose legends about it, and enthusiasts think out winning strategies. Book of Ra turned into a cult entertainment from a simple game in real clubs, one can tell that it is relevant at all times. The story is so simple, the traveler and adventurer in addition goes to Egypt to find mythical treasures. He comes into a pyramid in the search for gold, where remains of tsars take place, and his goal is hidden somewhere in far corners of labyrinths. You should carry out this hard case together with him. Eight-bit sound effects make amusing each pressing the Play button.

The bonus round in Book of Ra deluxe slot does not exist as such. A lot of players call the emergence of three or more books by bonus game. The wild symbol is chosen at random and it replaces completely all rows before the start of the round. And therefore prizes can reach big sums, particularly, if there is a symbol of the traveler. There's a risk game on doubling, where you need to guess a suit or a color of the cards after symbols coincide on lines. You will need to press the Gamble button to participate in this game. Sometimes, it becomes nervous to click the button get. But Auto Play button will save you from a routine function. 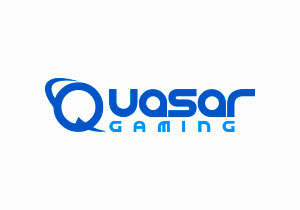 Big Bad Wolf
All our list of video slots